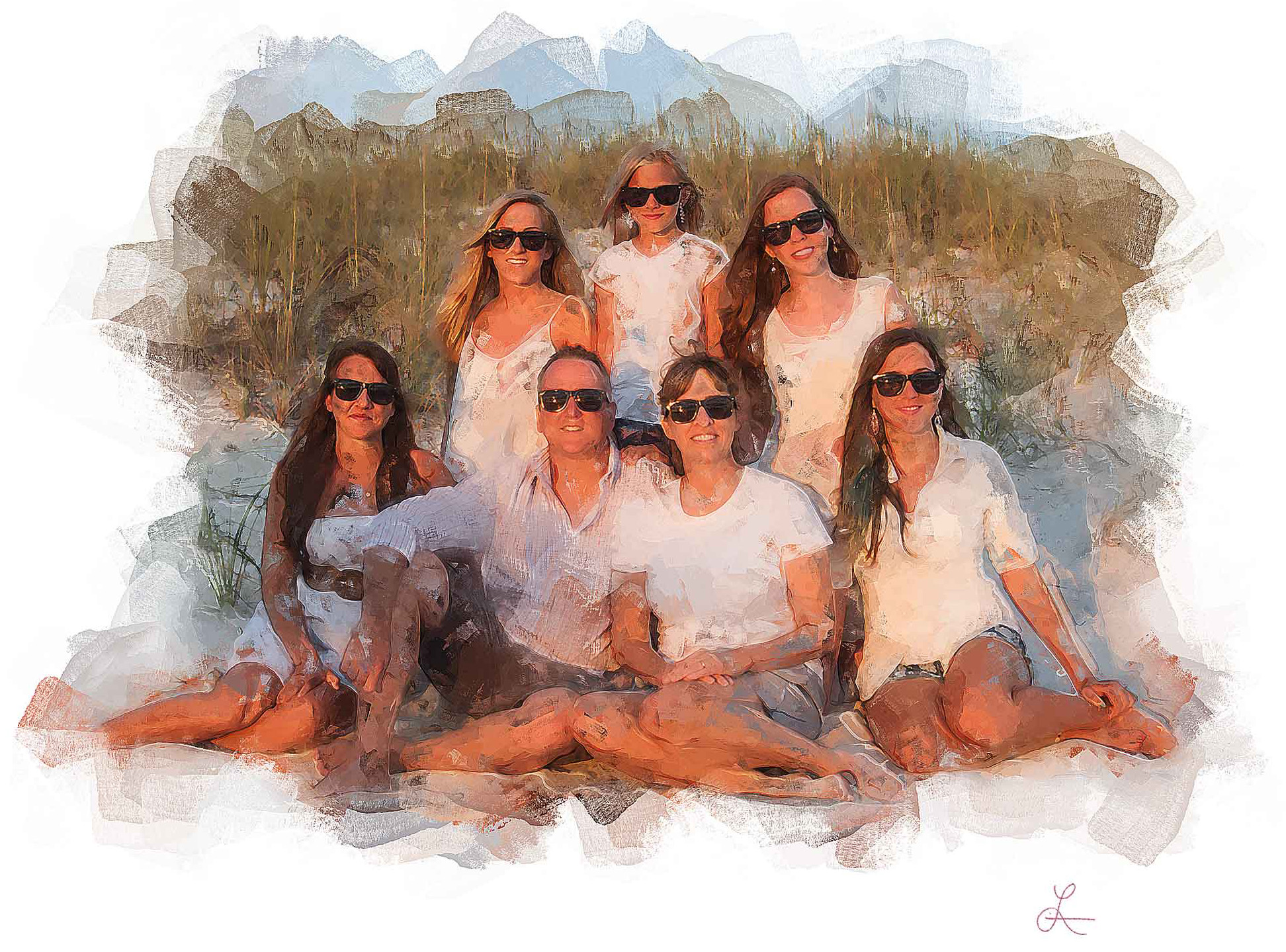 Lance began working as a designer at Coca-Cola in 1986, and has always had a love for art. After retiring as a Creative Director in 2019, he’s returned to his roots, doing custom digital paintings, sketches and other natural media art renderings. Lance uses Adobe Photoshop, an iPad Pro, Apple Pencil, and many other tools, including customized actions, presets and processes he’s developed over the years. In his spare time, Lance loves to scuba dive, fish, and hang out with his wife and five daughters.